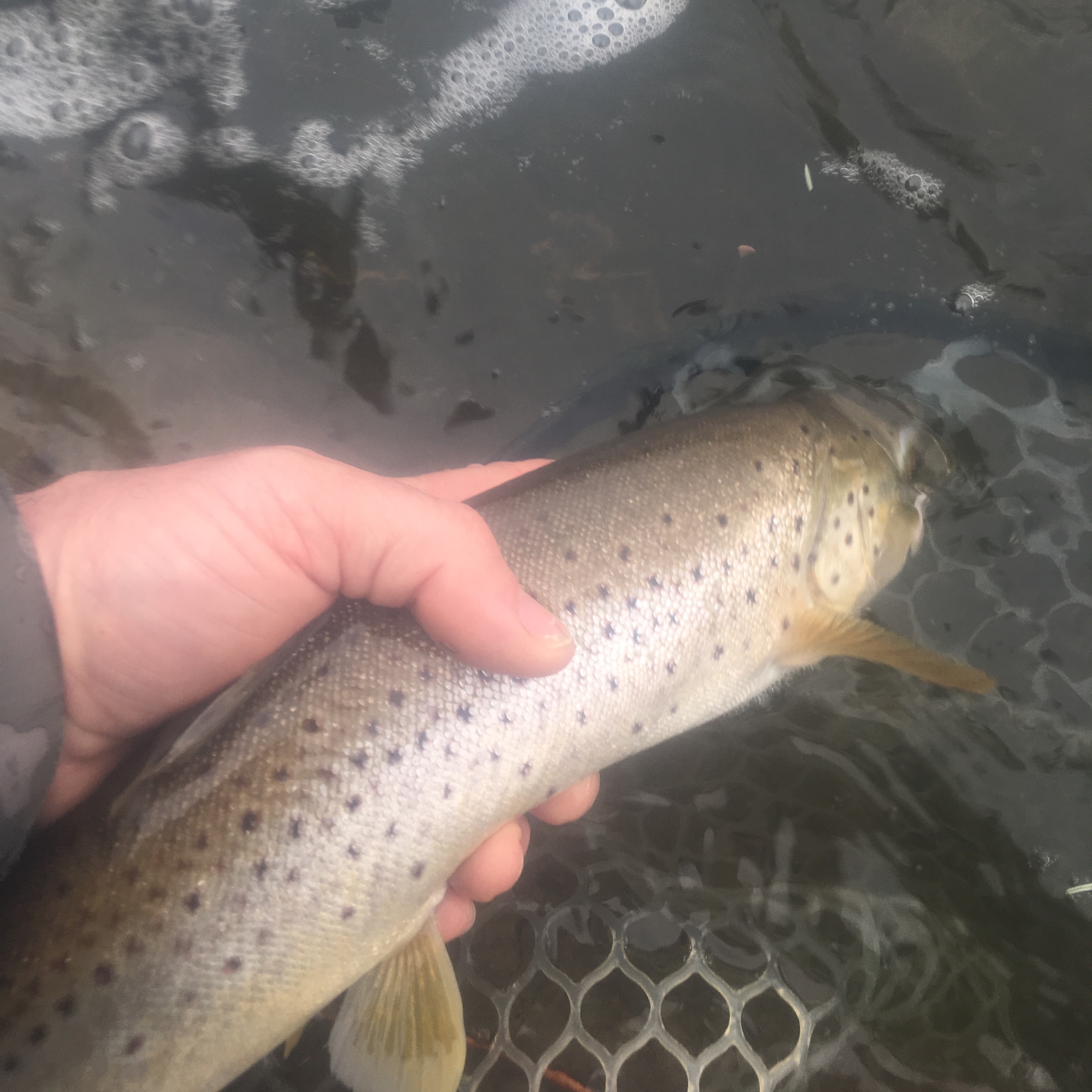 Greetings anglers! Another week and some more flooding for some of us to deal with. Luckily, the forecast looks somewhat drier this week, and will allow those impacted by some flooding to dry out perhaps. It will also allow us to get out on the water again. The Otter in Middlebury is close to 6000 cfs, the likes of which haven’t been seen since Irene. It may be quite sometime before the Otter in this neck of the woods is fishable.  However, as some food for thought, after Irene, once the Otter cleared and one could find some softer water, the fish were definitely there.  The Otter tribs, being smaller watersheds get down to fishable levels much quicker. I was able to get out on Friday before the rain on both the Midd and New Haven and found some willing fish in both systems.  The trout I caught didn’t seem to be keyed in on any one fly as I landed fish on a girdle bug, worm, small white bugger and a frenchie.  They were however, associated with soft water next to a good current seam. With water temps in the mid 40’s to low 50’s those areas are good place to start prospecting for some action.  I also saw a bunch of the early stones hatching as the day progressed on Friday. With cool nights coming up, keep that in mind for the afternoons this week.  And with clearing water as the week progresses, I would tend to more natural looking flies. But of course, the streamer game could get going strong soon. Whether dead-drifted , swung or stripped, early season is always a good time to throw some meat around.

I’ve also heard some good reports from Lake Champlain tribs, as when the water is in good shape, folks have been getting into steelhead. With every push of water, more fish should be entering the systems. As you can see, spring has lots of options for fishing out there, and in my humble opinion the best time to fish Vermont. Yes, it can be hit or miss (especially with water conditions) but fish are hungry from a long winter and having shots at multiple quality fish before the stocking trucks arrive make it that much sweeter.  If you do get out, be mindful of changing wading conditions and be safe. As always feel free to send me questions, comments, etc. dave@mmvt.com. Be safe out there and have some fun.