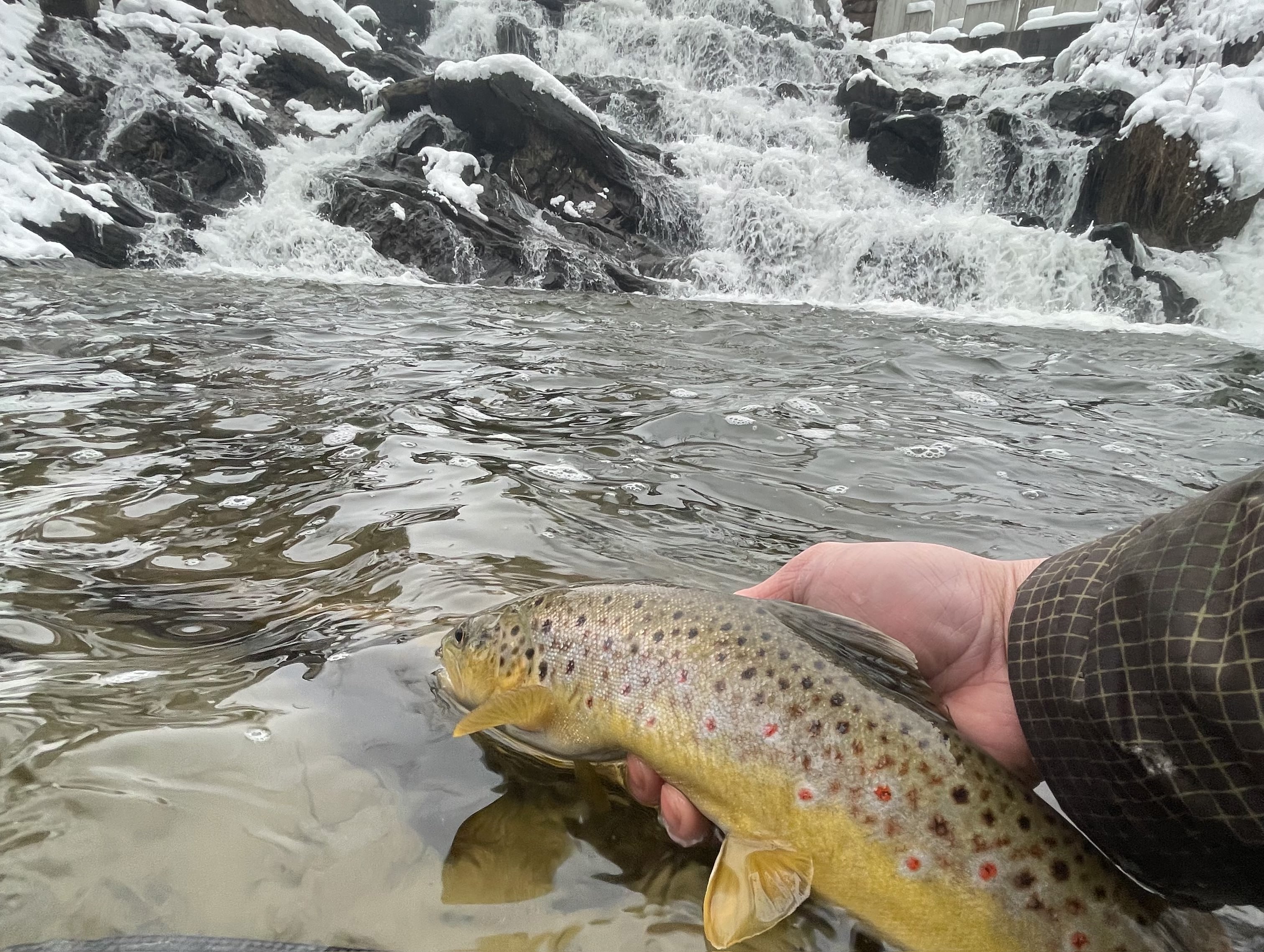 As we look towards February and slowly lengthening days, we find ourselves in the center of the winter months. The next few weeks will probably determine what our sustained snowpack will look like, so despite the desire to want spring fishing conditions, think snow. Overall, this year’s milder weather has offered what feels like more days to get on the water that are above freezing.  The challenge has been working around the changes in water levels and turbidity related to melt and rain.  Even with those hurdles we have still found some productive fishing locally.

The Otter flows will be bouncing around allot unless we get a full runoff or a hard freeze.  It looks like we have some colder days in the forecast next week, so that will tame the water levels some as the melt locks up a bit.  Remember the change in VT regs allows catch and release artificial on nearly all the water in VT, save a few places.  Consult the 2023 Handbook until you have a grasp on what’s open and what’s not.  In additional, don’t forget your 2023 license if you haven’t bought it already.  The Otter Creek tribs have been more reliable from a fishability sense, though this last wet snow and rain storm will bump levels for a bit.

This stretch of the year has fish in a relatively sleepy behavior.  With the consistent lowest water temps of the year, cold blooded trout don’t have to each much, or move to keep surviving.  This will station their position to the easiest places to sit and have food presented.  Deep pools and slow runs will be the most likely holding spots until we get into our early season hatches.  That doesn’t mean you wont see some midge popping on warmer days, but its highly unlikely you will see fish focus in on them.

Fly selection during the winter months can be pretty streamlines.  Big food items on your preferred dead drift nymph rigs will be the most successful choice. Stoneflies and attractor nymphs are typically at the top of the list.  Make sure you have the depth and weight to get those flies to the bottom. Streamers either on a dead drift, a slow swing and every slow strip and entice some fish to “wake up” and pop over.  After all these fish are looking to eat sparkling and make their calories burning to chase something down worth it.  I have had good experience with smaller streamers with more flash like,  sparkle minnows and flashy style buggers.  White is always my first choice but work through a few colors if you are not getting action after some time. Your best bet is to focus on the best holding water and move around trying to fish as much “A” water as you can.  You may be on a pool holding fish, but sometimes during the winter they just have lock jaw.  I find the morning hours are still the best this time of the year, as long as its not too cold.  Warmer days and afternoons will have tendency to start melting snow, thus bring the water temperature down.  Making it less likely to get fish active.  Their bite window can vary allot in the winter, so experiment until you find something that works for you.

For those looking forward a few months the OCC15 is being hosted April 14-16th.  Registration is now open, so jump over and get registered.  We will also be host the International Fly Fishing Festival at the Town Hall Theater in Middlebury, VT on Friday the 14th.  Those tickets will sell out, so make sure you get yours as soon as you can. Information on the 0CC15 and IF4 can be found HERE .  We have allot of great things planned and we are looking forward to seeing everyone again. 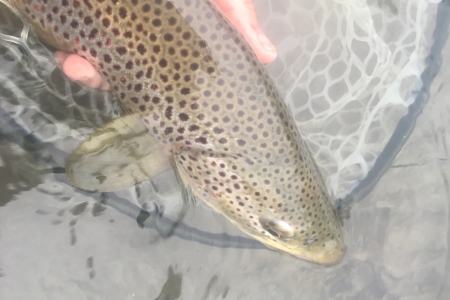 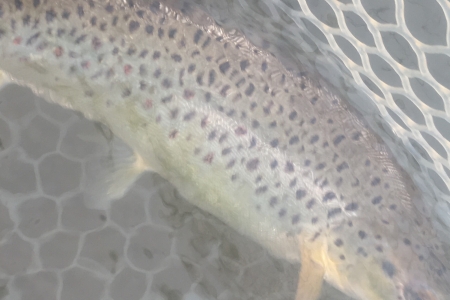 Greetings Anglers!  May the fourth be with you. For sure it’s been a wet April out there.  I heard today that we got double the amount of rain we usually get in April. This has made for some interesting conditions out there on our local rivers.  Tons of water for sure, but that has also meant that our local resident trout population has been getting fed pretty regularly with all the runoff!  It has also created some quickly decreasing clarity on the rivers when it does rain. 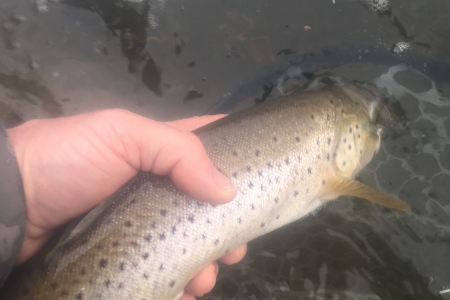 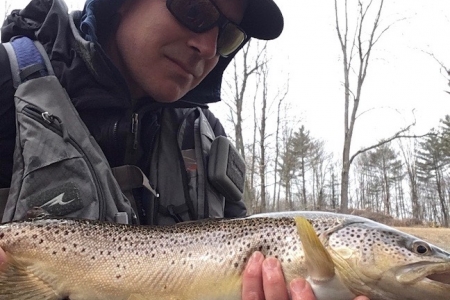 Its been awhile, but I thought I would jump in for a guest fishing report, OCC update and some overall thoughts for a successful early season on the water.  It is without a doubt a very exciting time of the year. With the winter months all but behind us, we are looking into the slow but sure entry into warm weather and good fly fishing ahead.  I have always felt that April was the most brutal month in VT. 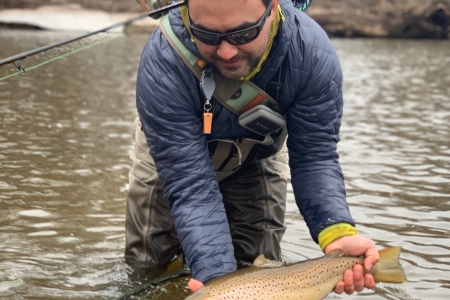 General fishing report for March 29, 2019. Since we’ve last spoke we’ve lost some snow, gained a bunch in the mountains and started losing some again.  The extended forecast looks to keep the melt going, but it doesn’t seem that we’ll have any huge runoff issues, not yet at least. For me personally, I have not been out recently, but perhaps this weekend.  The Otter is a bit high and looks like it’s rising, but if you can find some slower water (but still moving) near some deeper winter holding areas that would be a good place to start. 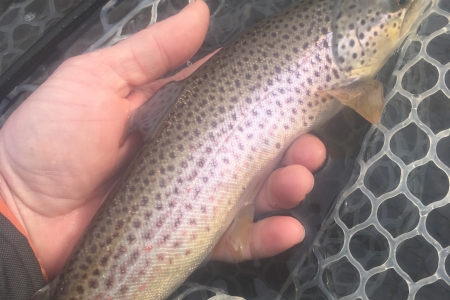 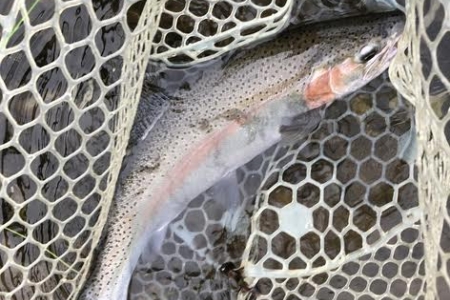 After a Busy weekend of guiding and personal fishing, here’s what the guides have to report and what to look forward to. First off, just two more weeks left of the regular season! If that doesn’t get you motivated to get out and enjoy some fall fishing, then I’m not sure what will! Last weeks rain definitely had the fish in an eating mood, but it was hard to pin down any one fly that did the most work. Worms worked in the more off color water, as did nymphed and swung streamers, but as things cleared, more natural bugs like October caddis patterns and Pt’s did the work. 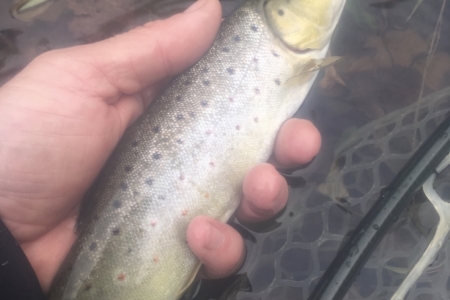 Greetings Anglers! I hope everyone is able to get out and enjoy this beautiful state that we live in! Despite the dry summer it seems that the trees don’t really care and are putting on quite the display for us. And we are getting rain, which makes the trees and us happy right? The recent spell of rain seems to have got the fish (trout) kicked into feeding mode, especially on the tribs. After a couple slow days on the Creek, I had a productive few hours on the Middlebury today, with nicely stained water and a ton of leaves to catch! 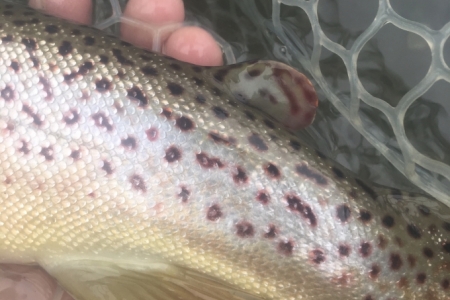 Hello Folks! Happy Fall! We did pick up some much needed rain this week, some areas more than others, but after a long, dry summer every bit helps. Locally the Otter seemed to have been the big winner, compliments of some significant downpours in the Rutland and northern Rutland County areas. Levels have seemed to plateau, and despite the big bump in levels, clarity is pretty good. Tribs did see a bit of a bump in levels, but are still low. Water temps have settled back as well.