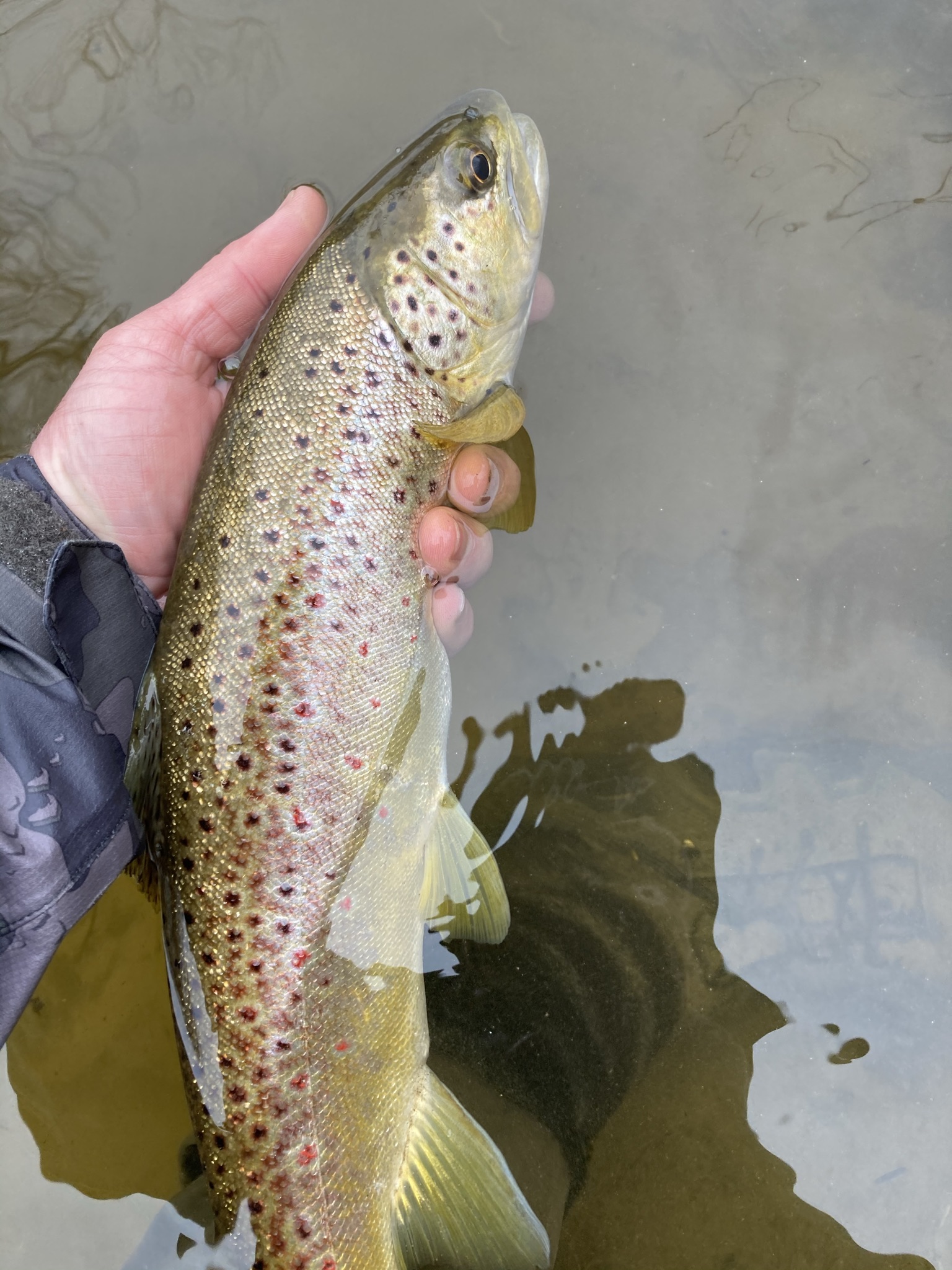 Greetings all!  True to form, If you don't like the weather wait 5 minutes!  After the OCC 13 that had it feeling like mid May, here we are back to early spring and in some cases late winter!  Regardless, we did need the water both for immediate concerns and also long term as we head into the summer. A quick thanks to all of you who participated in the OCC 13, if not a record number of entrants, then really close. And congratulations to the winners.  It was an interesting weekend. I witnessed two days of fish rising and plenty of bugs coming off the water, most in the form of the early stones.  I did see a few early mayflies (not Hendricksons, but probably olives) on the upper Otter on Sunday. At least in my experience and with talking to a few folks, the warmth and sun shut down some of the fishing for Saturday.  My action on Saturday was all before 9:30.  There is a lesson there as we move forward, in looking at what time of the day (if you have the choice) to spend your time targeting trout (especially browns) and what the weather is or isn't doing.

In moving forward, with a return back to more normal springtime conditions (water temps on an Otter trib today were in the low 40's), time to dial in that nymphing game and pick that water where those fish might be.  Even though we did have a warm up and probably some fish spread out from winter spots, they still won't be far from some slightly deeper water and typically tucked just off the current seam, or drop off.  I will typically scope out a run before I fish it, just so I don't accidentally step into the water that might be the best given the conditions.  In higher flows (kind of like today) it seems like I find less fish in current seams that have lots of boiling water in them.  Look for areas that have that seam, but with more a steady and predictable flow to them.  Its not to say that those more turbulent areas don't contain fish, but I think our drifts as fly anglers tend to get tossed around and don't look too natural.   I think too, that fish tend to expend too much energy in places like these, unless there is a calmer spot somewhere in the mix.   Fly selection continues to be the same; bigger and junkier flies with up and off color water (stones, worms, streamers) and more natural stuff as more bugs become active again and water clears.

Otter tribs seem to be offering the best fishing right now.  Rutland was at a good flow last weekend, but is up over 1000 cfs right now, same for Midd.  I look for the flow in Midd to be below 1000cfs  before I start focusing on the Otter and in Rutland, somewhere in the 500-600 cfs range is a good place to start.  Other wise, it is just too big and fast.  I'll be interested to see if the Otter in Midd gets fishable again and how the fish population has done.  I fished it a few times last year in the fall and did not connect with too many fish, which is atypical. It may be possible that several warm/hot summers have taken a toll on the trout population on the Otter in Midd.  The Otter in Rutland, seems to have enough cool water influences and less slow moving sections to keep a steady population of trout. Steve has been on the White a few times, getting into some fish and getting shots at others.  Plenty of early stones hatching over there as well.  Lots of suckers around in both the White and Otter drainage, which we should pay attention to, as their eggs are sure to find their way into a trout's belly.  Both suckers and fall fish are spring spawners, so having some small egg patterns or sucker spawn on hand is a good idea.

Feel free to drop me a line with any questions dave@mmvt.com and check out the shop for any gear and/or advice if you are around town.  Thanks again to all of you that participated in OCC 13 and helped out a great cause; the White River Partnership.  If you haven't checked out the organization yet, head on over to www.whiteriverpartnership.org.  Thanks also to all the great companies that donated items to the raffles!  Haven't heard any news on the fish regulation proposal, but I'll add anything if I hear.  Have fun on the water, stay safe and tight lines,